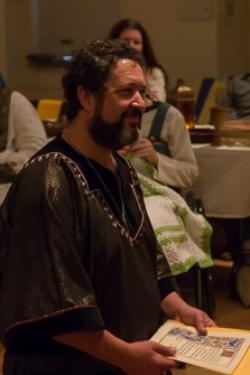 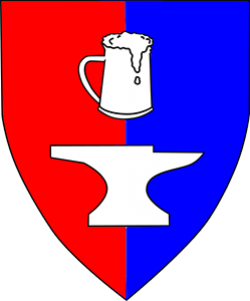 As a humble rector from Middle England, Richard Ferrowre has a small land holding and a small stipend, and as such, his life is modest.  He knows how to use a bow & arrows and he knows how to hold a sword, and when the opportunity arises he likes to engage in some friendly armoured competition with his neighbours.  For recreation, nothing beats a frothing ale in one hand, and a blacksmith’s hammer in the other, pounding glowing red metal into submission.

Per pale gules and azure, in pale a foaming tankard reversed and an anvil reversed argent.