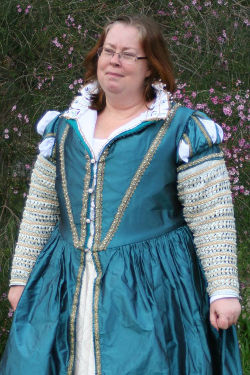 I was born in the middle of the 16th century in France, near the Abbey of Messines. My father, being the youngest son of a noble family, had little fortune and so became a merchant. On one of his many trips to England he met a young Yorkshire lass named Ydeneye Wills, whom he fell in love with and married. He brought her back to live in Messines. I was born a goodly time later and my father named me for my mother who unfortunately did not survive long after my birth. Sadly when I was still quite young my father also died whilst on one of his trading expeditions, and I was sent by my aunt Jeanne, who was the abbess of Messines, to live with her cousin Guido in Florence Italy. My cousin was quite a wealthy man, although his character may not be quite reputable, but I have had the fortune to be introduced into the Doges court and enjoy all the quality of life therein. I am fortunate that my dear father and uncle have left me quite prosperous, with villas in both Venice and Florence, so I spend my time where I wish, and with little inducements to marry, I run my own household, however I do favour to spend some of my time with a gentleman of good character and suitable rank, Lord Hadrian di l'Estrille

Purpure, a unicorn couchant and on a chief argent, five mascles vert.