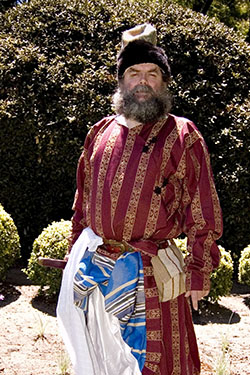 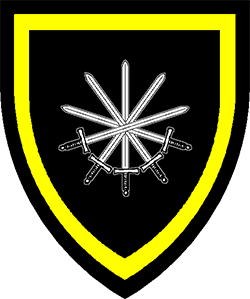 Kilic ibn Sungur ibn al-Kazganci al-Turhani is a Turkic nomad from the Early 13th Century. Kilic was bought from his parents at market in Samarkand and raised as a Ghulam or slave soldier. He served his master well and when his master passed away took service with a number of different rulers, warrior lords and merchants particularly in the unsettled regions of Rum. Like any good nomad he has become a jack of all trades and has tried his hand at various crafts including woodwork, leatherwork, metalwork, armouring, tent making, cooking and hats – definitely likes hats.

Sable, a shief of five swords argent within a bordure Or.