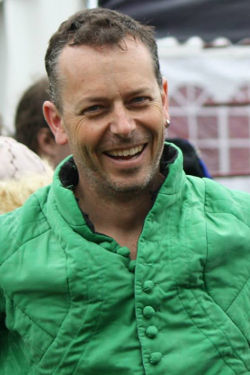 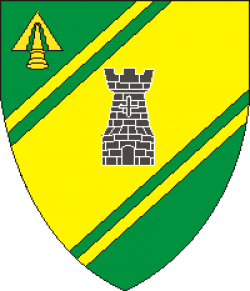 Sir Nathan is a late 14th century English lord, an archer and a fighter. He spent a significant amount of time fighting for his King in the wars against the French and now closer to home against the Scots. It has been said that his lack of fear of the enemy may just be the greater fear of his Lady at home, but that would be a different story. When there is a break in the unrest of war and Nathan returns home, he is a regular at tournament and at feast. He also enjoys blacksmithing and other metalwork.

Vert, on a bend sinister cotised Or, a tower sable, and in canton a broadarrow inverted Or