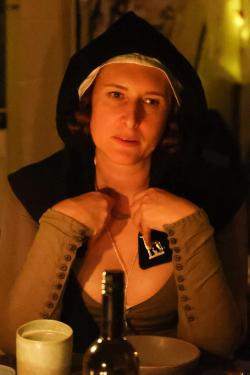 She was the sister of Alpín mac Echdach and through him, aunt of Kenneth MacAlpin (Cináed mac Ailpin) who becamw Kenneth I King of Alba.

Aife was fostered by her uncle Constantín mac Fergusa and was being sent back to Dal Riada to be married when she was captured by a Viking raiding party near Iona.

She was allowed to join a Viking settlement in the Western Isles as acted as a diplomat between Viking, Pictish and Dal Riadan groups due to her ties with each.

Argent, a triskelion of spirals and an orle azure